Michael Hudson : « The IMF is a political arm of the U.S. military »

Mohsen Abdelmoumen: Your analysis of Mesopotamian times and the wise rule of Emperors embodied by the practice of the Jubilee (compared to the predation of oligarchies) resonate with the Islamic economic theory which forbids riba (meaning usure) and impose that banks and creditors share the risk of investment or debt. It seems also something deeply rooted in our Arabic and North African traditions of equality and justice where it is socially unacceptable to leave part of the community in dire poverty. As an anthropologist, have you related the success or failure of modern finance to anthropological factors like the structures of the rural families, theories developed by some like Emmanuel Todd?

Prof. Michael Hudson: I have written a long article on Ibn Khaldun, which I think is to be published in the French periodical MAUSS, focusing on his idea of mutual aid, and on the 18th-century Scottish Enlightenment developed this view as it passed to Western Europe.

Echoing Aristotle’s concept of man as a “political animal” (zoon politikon), Ibn Khaldun’s Prefatory Discussion stated that “Man needs food to subsist,” but that the power of the individual human being is not sufficient for him to obtain (the food) he needs … Thus, he cannot do without a combination of many powers from among his fellow beings, if he is to obtain food for himself and for them. Through co-operation, the needs of a number of persona, many times greater than their own (number), can be satisfied.[1]

END_OF_DOCUMENT_TOKEN_TO_BE_REPLACED

Prof. Abderrahmane Mebtoul: “We have witnessed a veritable planetary hecatomb and the world will never be the same again.”

Mohsen Abdelmoumen: What is your assessment of the coronavirus epidemic in Algeria?

Prof. Abderrahmane Mebtoul: In Algeria, the epidemic is combined with a more structural factor, which is the increase of the geopolitical risk. The coronavirus epidemic affects all continents where the total population by geographical area in 2019 is distributed as follows: Asia (59.7%) with 4,504,428,000 inhabitants, Africa (16.6%) with 1,256,268,000 inhabitants, Europe (9.8%) with 742,074,000 inhabitants, South America (5.3%) plus North America (4.7%) and Oceania (0.5%) with 645,593,000 inhabitants. This epidemic is causing an irreversible economic crisis for 2020, whose repercussions are expected to last with shock waves for 2021, if the disease is contained before September/October 2020, the majority of experts foresee a second wave, or even a third wave in case the containment is not respected. END_OF_DOCUMENT_TOKEN_TO_BE_REPLACED 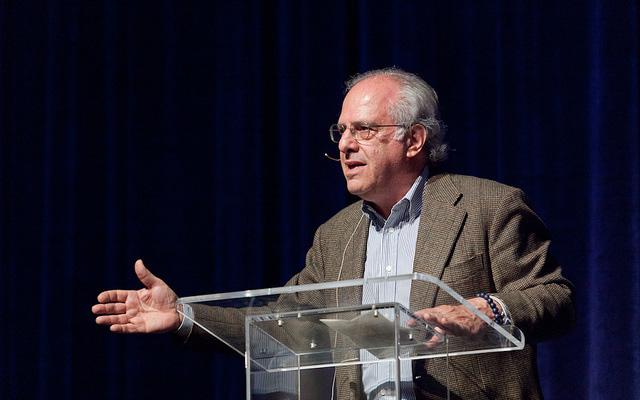 Mohsen Abdelmoumen: You have done a very important work throughout these years and you wrote among other things this remarkable book New Departures in Marxian Theory that you co-signed with your colleague Stephen Resnick. In your opinion, is there not a need for a revolutionary interpretation of Marxism far off the beaten track?

Prof. Richard Wolff: Marx and Marxism were themselves overdetermined (in Althusser’s sense) by their social conjunctures. So too will be the next revolutionary interpretation(s) of Marxism. The current global crisis of capitalism, built on its global collapse of 2008-2009, plus the criticisms by Marxists of (1) the rise and fall of the USSR and (2) other early experiments in constructing « socialisms » will together produce those next revolutionary interpretations. On this let me direct you and your readers to two works: S. Resnick and R. Wolff, Class Theory and History: Capitalism and Communism in the USSR (Routledge, 2002) and also R. Wolff, Understanding Marxism (2019). END_OF_DOCUMENT_TOKEN_TO_BE_REPLACED

Mohsen Abdelmoumen: What is today the equilibrium threshold, the price of a barrel that allows Algeria to not draw from its foreign currency reserves, but to reconstitute them?

Prof. James K. Galbraith: “Austerity is a theology, not a solution”

Mohsen Abdelmoumen:You have been an adviser for Yanis Varoufakis, the former Greek finance minister, and you have related this experience in your book “Welcome to the Poisoned Chalice: The Destruction of Greece and the Future of Europe”. In your opinion, what are the real reasons of the resignation of Varoufakis?

Prof. James K. Galbraith: No mystery there. Yanis could not sign the capitulation to the terms specified by the creditors. So when the outcome of the referendum failed to persuade the government to stand its ground, he had no choice but to resign.   END_OF_DOCUMENT_TOKEN_TO_BE_REPLACED

Dr. Jacques Sapir: « The struggle for the sovereignty of Nations is now decisive »

Mohsen Abdelmoumen: In your book « Les économistes contre la Démocratie: Pouvoir, Mondialisation et Démocratie » (Economists Against Democracy: Power, Globalization and Democracy), you are very critical of economists. Can you explain why?

Dr. Jacques Sapir: It is mainly because economists have appropriated a power that is not theirs. They have indeed penetrated the inner workings of the ruling apparatus. This is true at the State level, as to that of major international organizations, whether it is in the European Union, the OECD or the WTO. They are thus increasingly inclined to intervene on all social and political problems. But when they occur, it is by mixing an experts position and a position of political actors. This poses an immediate problem. END_OF_DOCUMENT_TOKEN_TO_BE_REPLACED

Prof. Mebtoul: « Any destabilization of Algeria would have geostrategic repercussions on all the Mediterranean and African space » 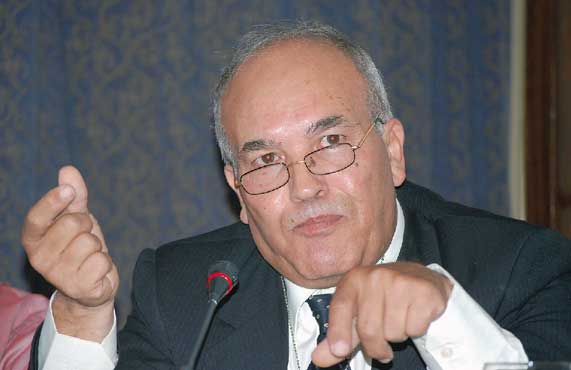 Mohsen Abdelmoumen: We are following your work for a long time. For the economist you are, does Algeria respect international commitments?

Prof. Abderrahmane Mebtoul: You are referring to the Association Agreement signed in full sovereignty on September 1, 2015. For Algeria, speaking through the Director-general of economic relations and international cooperation at the Ministry of Foreign Affairs, it is not question of calling into question the general architecture, Europe having acceded to the Algerian demand and agreed to a partial revision of some articles allowing a win/win partnership while underlining for the European part, that the structural reforms for a diversified economy depend first of the Algerian government, in order to benefit from this agreement. END_OF_DOCUMENT_TOKEN_TO_BE_REPLACED