Dr. Chris Wright: “Critical and informed thinking is dangerous to the powerful” 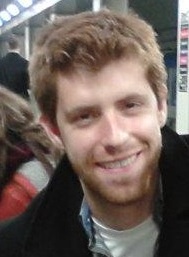 Mohsen Abdelmoumen: You wrote “Worker cooperatives and revolution” where you talk about workers’ cooperatives. In this fascinating book, we note your optimism about the coming of a new era where the human is at the center. You give the example of the cooperative New Era Windows, in Chicago. In your opinion, are we in a new era where the union of workers in the form of a cooperative will shape the future of the world?

Dr. Chris Wright: I think I may have been a little too optimistic in that book about the potential of worker cooperatives. On the one hand, Marx was right that cooperatives « represent within the old form the first sprouts of the new. » They’re microcosmic socialism, since socialism is just workers’ democratic control of economic activity, which is essentially what cooperatives are. Even in the large Mondragon firms that have seen some conflicts between workers and the elected management, there is still vastly more democracy (and more equal pay) than in a typical large capitalist enterprise. END_OF_DOCUMENT_TOKEN_TO_BE_REPLACED

Robert Hunziker: “The United States of America has never deviated from the Monroe Doctrine”

Mohsen Abdelmoumen: How do you explain the failure of all climate conferences? And what is still the utility of these conferences?

Robert Hunziker: The reason for failure of the Conference of the Parties (“COP”) has primarily been a result of sharp differentiation of opinion between “developed countries” and “developing countries” with the latter insisting that the developed countries should carry the burden of resolving, and controlling or reducing planetary climate change as a result of their spewing excessive emissions, principally carbon dioxide (CO2). END_OF_DOCUMENT_TOKEN_TO_BE_REPLACED