Dr. Paul Craig Roberts answers us about the use of printing money by the Algerian government

In order to enlighten the Algerian people about the means proposed by the Algerian Government to « counter » the economic crisis experienced by Algeria, and to remove any ambiguity about the use of the printing press, I contacted the eminent economist, Dr. Paul Craig Roberts who was Economic Advisor to President Reagan and Undersecretary of the Treasury in the Reagan administration in the early 1980s, and who became known as one of the founding fathers of the Reaganomics particularly by his contribution to the reform of the « Tax Act » of 1981. END_OF_DOCUMENT_TOKEN_TO_BE_REPLACED

Ruin Is Our Future, by Paul Craig Roberts

Neoconservatives arrayed in their Washington offices are congratulating themselves on their success in using the Charlie Hebdo affair to reunite Europe with Washington’s foreign policy. No more French votes with the Palestinians against the Washington-Israeli position. No more growing European sympathy with the Palestinians. No more growing European opposition to launching new wars in the Middle East. No more calls from the French president to end the sanctions against Russia.

Do the neoconservatives also understand that they have united Europeans with the right-wing anti-immigration political parties? The wave of support for the Charlie Hebdo cartoonists is the wave of Marie Le Pen’s National Front, Nigel Farage’s UK Independence Party, and Germany’s PEGIDA sweeping over Europe. These parties are empowered by the anti-immigration fervor that was orchestrated in order to reunite Europeans with Washington and Israel. END_OF_DOCUMENT_TOKEN_TO_BE_REPLACED

On the Brink of War and Economic Collapse, by Paul Craig Roberts

On occasion a reader will ask if I can give readers some good news. The answer is: not unless I lie to you like “your” government and the mainstream media do. If you want faked “good news,” you need to retreat into The Matrix. In exchange for less stress and worry, you will be led unknowingly into financial ruin and nuclear armageddon.

If you want to be forewarned, and possibly prepared, for what “your” government is bringing you, and have some small chance of redirecting the course of events, read and support this site. It is your site. I already know these things. I write for you.

The neoconservatives, a small group of warmongers strongly allied with the military/industrial complex and Israel, gave us Granada and the Contras affair in Nicaragua. President Reagan fired them, and they were prosecuted, but subsequently pardoned by Reagan’s successor, George H.W. Bush.

Ensconced in think tanks and protected by Israeli and military/security complex money, the neoconservatives reemerged in the Clinton administration and engineered the breakup of Yugoslavia, the war against Serbia, and the expansion of NATO to Russia’s borders. END_OF_DOCUMENT_TOKEN_TO_BE_REPLACED

Is The US Government The Master Criminal Of Our Time? by Paul Craig Roberts 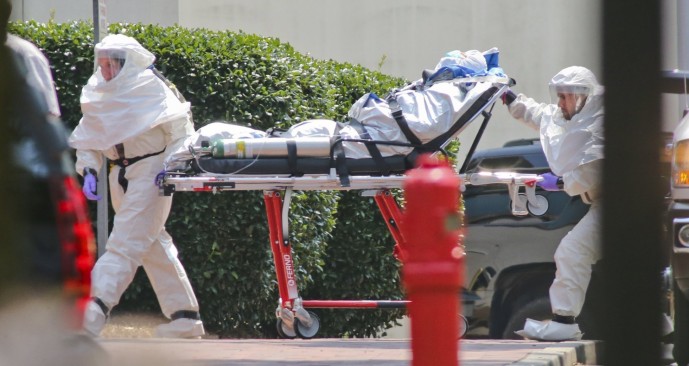 UPDATE: As I read this notice from ClinicalTrials.gov, a service of the US National Institutes of Health, the US Government and Pharmaceutical corporations have been conducting ebola tests on humans. http://clinicaltrials.gov/show/NCT02041715

It appears that the test consists of giving an ebola vaccine and then exposing the unaware person to ebola, apparently an engineered version for bio-warfare. Whatever the tests are, it is clear that Boyle and Broderick in their articles below are correct that experimentation with ebola by the US government is underway. END_OF_DOCUMENT_TOKEN_TO_BE_REPLACED

These so-called “partnerships” are in fact vehicles by which US corporations make themselves immune to the sovereign laws of foreign countries in which they do business. A sovereign country that attempts to enforce its laws against an American corporation can be sued by the corporation for “restraint of trade.” For example, if Monsanto wants to sell GMO seeds in France or US corporations wish to sell genetically-modified foods in France, and France enforces its laws against GMOs, the Transatlantic Trade Partnership allows France to be sued in jurisdictions outside the courts of France for “restraint of trade.” In other words, preventing the entry into France of a prohibited product constitutes restraint of trade. END_OF_DOCUMENT_TOKEN_TO_BE_REPLACED

Washington Is Destroying The World, by Paul Craig Roberts

The aggressive and mindless stance that Washington’s warmongers have taken toward Russia and China have shattered the accomplishment of Reagan and Gorbachev.